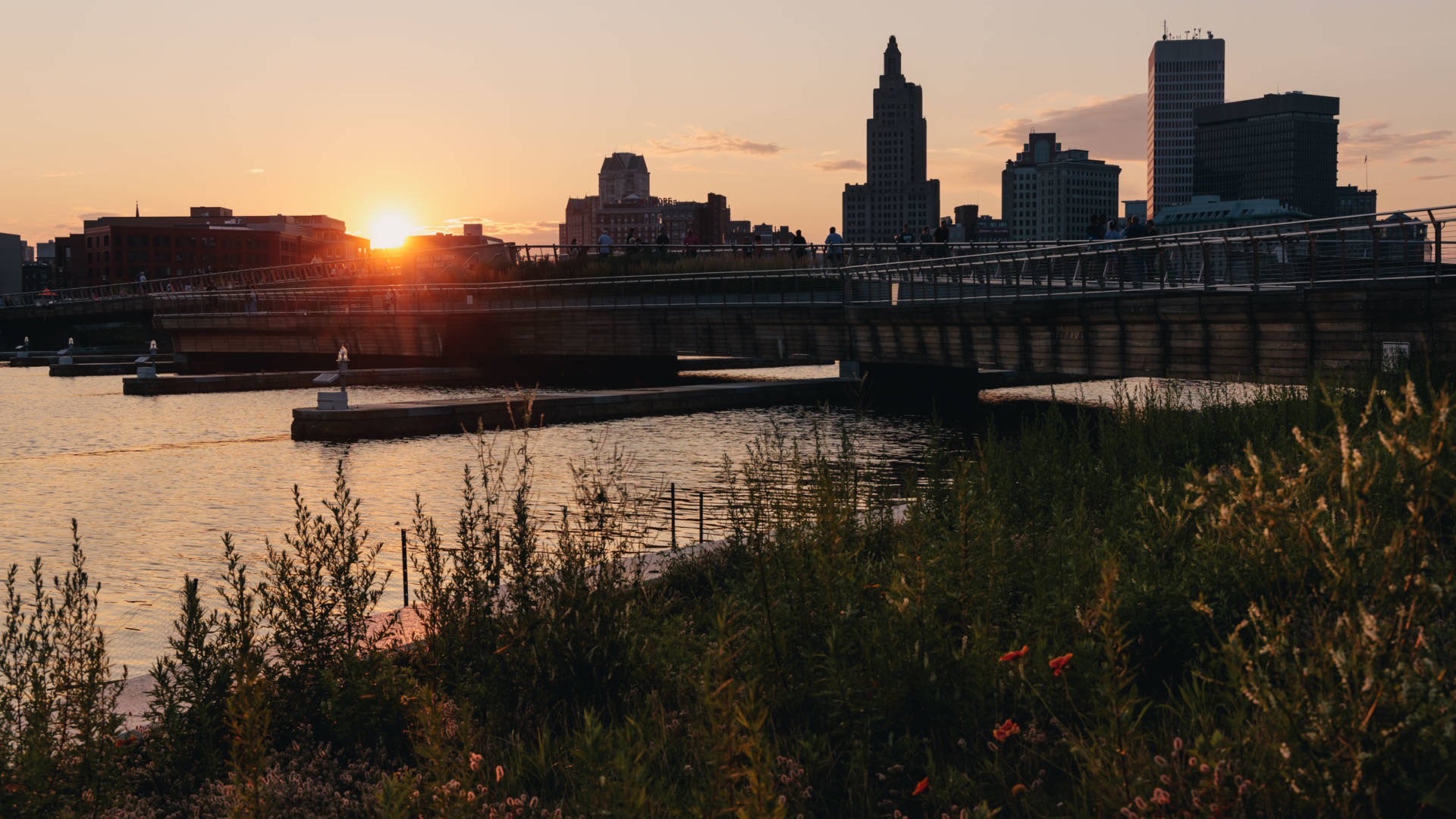 I can’t believe September is only a week away. This has been a busy summer, but after last year’s summer of lockdowns, I wanted to make it a priority this summer into getting out more to shoot photographs. As usual, one of my most visited destinations has been Providence. This story is a look at some of my favorite PVD shots from several photo trips to Providence during this past June and July.

Shooting the with the leading lines of the railings from the new riverwalk has become one of my favorite compositions down here along the river. These few shots all were taken on June 20th on the night of the summer solstice. I can see composition like these becoming a recurring theme in my work in the future.

These next few photos came from June 25th, which was also the day I took out my 35mm film camera for the first time. If you haven’t read the Shooting Film on a Providence Summer Evening story yet, make sure to check it out now, as you’ll probably see some similarities between the film shots and digital shots from this evening.

The end of June and beginning of July gave us a couple weeks in a row where we saw afternoon thunderstorms almost every day. I took this opportunity to go out to a few spots to try to capture the clouds.

On a couple of days, the late afternoon rain showers cleared out, leaving wet boardwalks along the river just in time for sunset. The reflections this created made for some of my favorite photos of the summer.

And on this one evening, July 23rd, just as I was getting ready to pack up and head out, I caught the Thunder Moon rising over the riverwalk.

On July 26th, wildfire smoke from massive fires in the Western United States and Canada blew out east and settled over New England for a day. I had to get out to capture this sunset through the smoke, which almost made it seem like we were on a different planet.

As the month of July drew to a close, the weather started to improve again, and on the last night of the month I went out again for some golden hour exploring along the riverwalk.

This wraps up my favorite summer scenes from Providence from June and July. I’m already planning a part two of this story with many more shots from August, including my view of Providence’s famous 10,000 suns garden. To be the first to know when that story goes live, make sure to sign up for my Email Newsletter and keep following along on Instagram and Twitter. As always, thank you for reading and supporting my work!