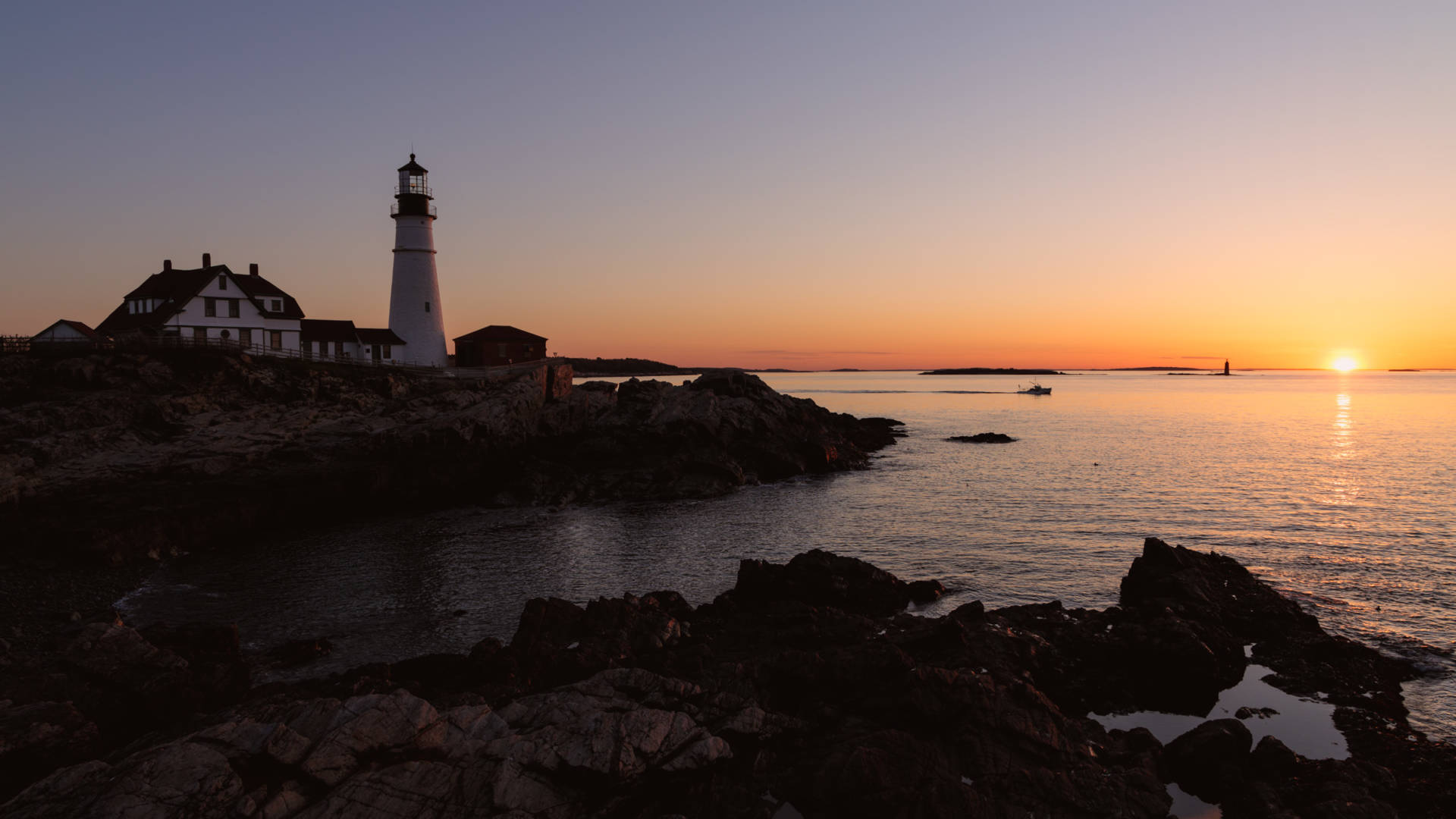 A few weeks ago, with it now being safe to travel again, I took a trip up to Maine with my friend James for a long weekend exploring and shooting in southern Maine.

After work ended on Thursday, we packed up to leave Rhode Island and started our journey north. On the way, we made a quick pit stop in Portsmouth, NH to grab some food just as it was starting to get dark. Before jumping back on the highway, we stopped off at Prescott Park along the Piscataqua River to get a handful of blue hour long exposures of Memorial Bridge.

After leaving Portsmouth, we took the rest of the drive north to the campground in Kennebunk, and then went to bed for an early morning the next day.

After the lighthouse, we grabbed some breakfast, then headed further north to the Freeport area for a hike in Wolfe’s Neck Woods State Park. This park is on a peninsula between the Harraseeket River and Casco Bay, and has lots of great trails along the water with views of the bay.

After a couple hours of hiking and photos, we stopped off in Freeport for a late lunch, visited some of the shops, and then headed back south to the campground for some grilling around the campfire for the afternoon.

On Saturday morning, we went for a hike in the Wonder Brook Preserve in Kennebunk. This spot had some cool trails along the Kennebunk River, and was a good way to start a Saturday. We then went over to the Seashore Trolley Museum in Arundel, where we got to see and tour a bunch of old trains, trolley cars, and buses. This was an interesting spot and worth checking out if you’re in the area.

After the trolley museum, we went down to Kennebunkport for lunch. We had some delicious tacos at Pedro’s and then explored the port and beach area. I hadn’t been to this part of Maine before, so it was fun to check it out. The weather that day was also awesome and felt like early summer.

Once we had explored the whole area, we went back to the campground and grilled up some swordfish on the campfire while watching the Bruins game outside. The B’s lost in overtime, but it was still a good way to spend the last evening of the trip.

The next morning, we woke up early, packed up the truck, and began our journey back to Rhode Island. We took Route 1 rather than the highway so we could see more of the area, and stopped off to Shore Road in Ogunquit to drive by the ocean. We did a quick drive through tour of Perkins Cove and then headed south to York for a stop at Cape Neddick Light, one of the iconic sights of southern Maine. I have seen so many photos of Cape Neddick over the years, so it was cool to finally see it in person. We were there during mid Morning, so while we didn’t have the golden hour light, I still think I got a few good shots.

From there, we headed further south back to Portsmouth, NH for a lunch stop. We also walked around a bit to capture some springtime afternoon shots in downtown. This trip was my first time ever going to Portsmouth, and it’s definitely a great city for photography. I am looking forward to going back at some point in the future.

Overall, it was a quick three days, but great getaway after the last year of lock-downs and quarantines. I am definitely looking forward to the next trip. Thanks for reading, and I hope you’ve enjoyed the photos!