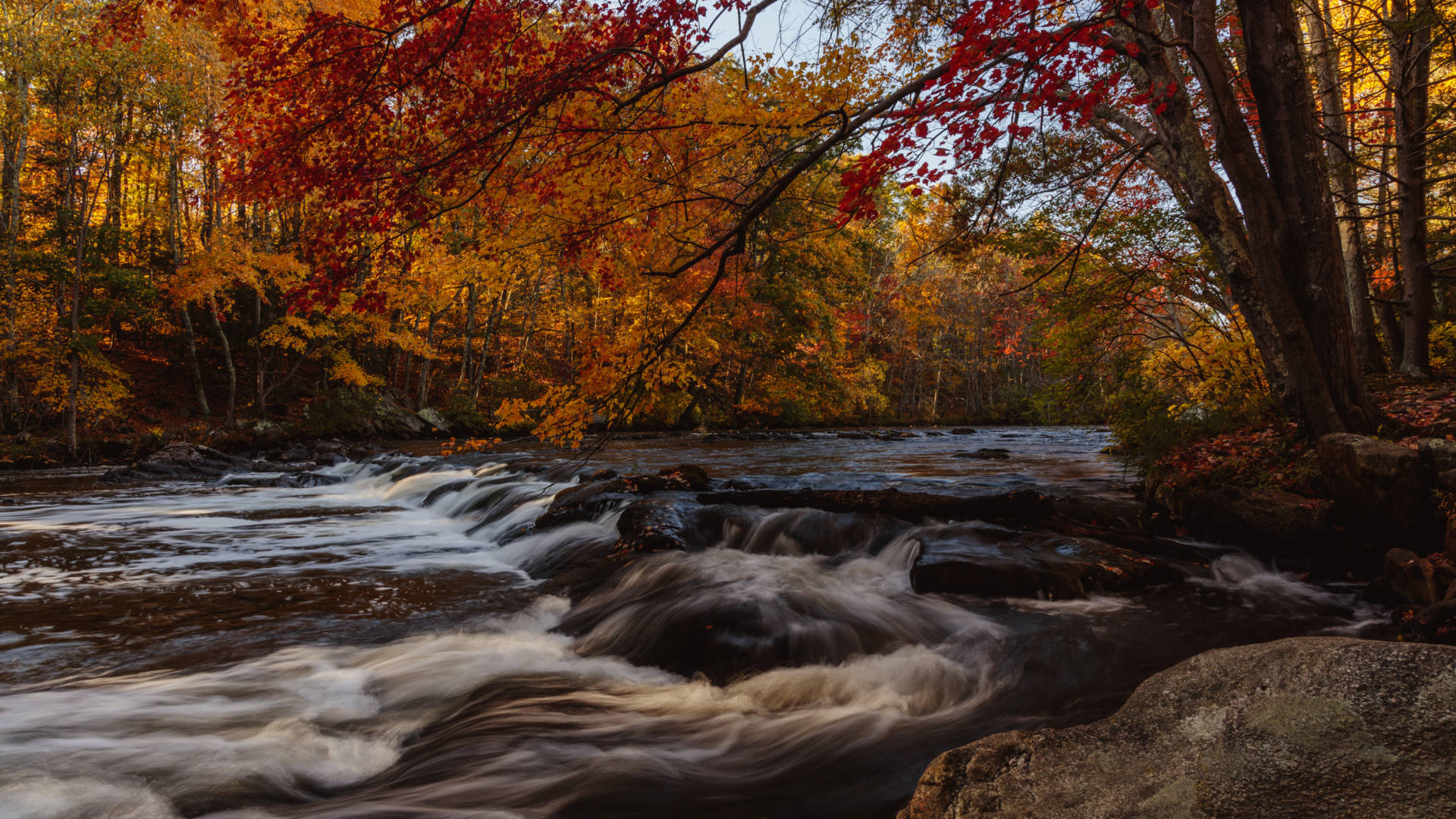 It’s Christmas Eve afternoon, and with it being a more low-key holiday than usual this year, I thought it would be a good day to take a look back at some highlights from the fall. This has been a crazy year for obvious reasons, and while I didn’t get to do nearly as much photography as I wanted, I did get out a good amount this fall to capture the colors around Northern Rhode Island.

One spot I’ve been wanting to check out for a while is Blackstone Gorge. Right on the state line between Blackstone, MA and Woonsocket, RI, the trails along the gorge were fun to explore and had some pretty sweet views of the river. I ended up with some really nice shots, with some great long exposures of the river (including the cover photo to this story)!

After seeing a few posts of the Swamp Meadow Covered Bridge in Foster on Instagram, I had to go check it out. One of the Saturday afternoons in early October, I took a ride up to Foster with my buddy James to get some shots around the bridge. It’s in a cool spot and was definitely worth the trip. Afterwards, we took Central Pike to head back east towards the city and stopped along the Barden Reservoir to get some more shots of the fall colors.

A couple weeks later, we went up to Pulaski State Park in Pascoag to check out the Carl Erickson Bridge. This bridge is about a mile’s hike from the parking area on some trails in the state forest. It was a cool spot to check out, and nice to get some time out hiking in the woods.

Fall is the one season where the weather really doesn’t matter, as even rainy days can be beautiful with all the colors. This fall, there was one afternoon just before peak colors where I decided to go out in the rain to capture some of the scenes around Pawtucket. I first went to Slater Park and took a walk around the pond, and then I drove over to downtown along the river by Slater Mill. The rainy conditions’ contrast with the vibrant colors of the leaves made for some of my favorite fall shots of the year.

In the last few years, Lincoln Woods has become by far my favorite spot to visit during the fall, and this year was no exception. I even made it out there for a couple golden early fall mornings that were absolutely worth the early wake up.

Finally, on October 30th, we were treated to an early snowstorm while we still had lots of leaves on the trees. As work ended about an hour before sunset, I noticed the storm was about over and moving out, so I grabbed my camera and went over to Slater Park in anticipation of a nice sunset. This last minute decision turned out to be one of my best decisions of 2020, as the snow-covered foliage and extraordinary sunset made for some of my favorite shots in a long time.

Overall, it turned out to be a great fall, and the month definitely made my year for photos. Thanks for reading! Stay tuned for more soon.