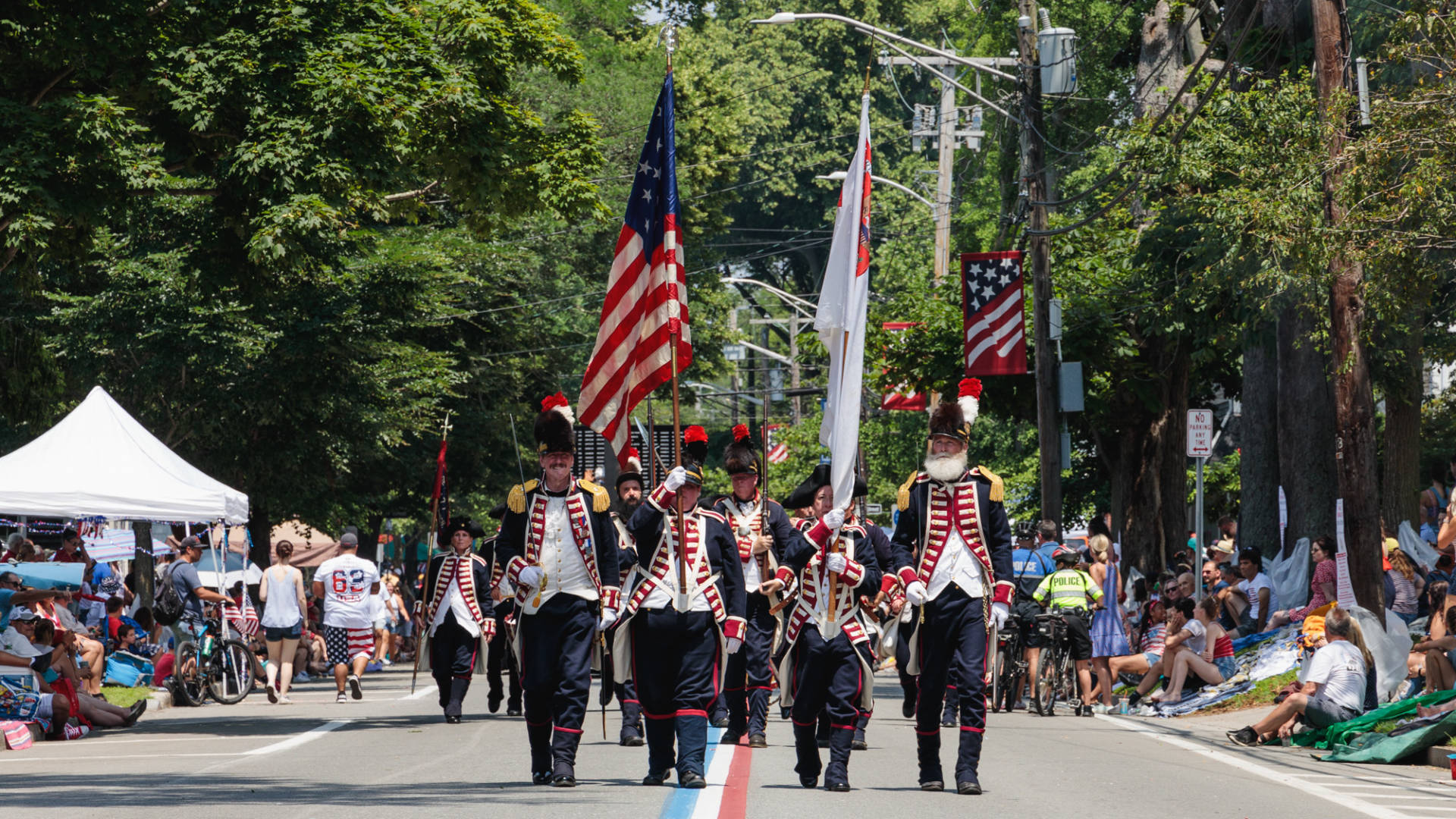 Bristol is one of my favorite spots in Rhode Island, and in the last few years I’ve always tried to get down there in the weeks leading up to the Fourth of July for some photos. Bristol is home to the longest-running Fourth of July parade in the country, and they have a month-long celebration leading up to the parade. The city is all decorated for the holiday and there is live music and a carnival every night.

This year I took a ride down there the Saturday night before the Fourth. The plan was to walk around downtown and the waterfront for some golden hour and sunset shots, and then make our way over to the carnival for a few long exposures.

Unfortunately, clouds rolled in and we ended up missing most of the golden hour, but we ended up with some interesting light nonetheless.

Luckily, the clouds started to move out just before sunset. We were down by the ferry docks near the south end of Thames Street, and so we started to make our way north towards Independence Park, shooting along the waterfront.

We got to Independence Park just in time to grab a Dels and catch the sunset over Bristol Harbor, and ended up being treated to one of the best sunsets of the entire summer.

After the sun set, we made our way the few blocks over to the carnival that was happening on the Bristol Town Common. Long exposures at a carnival has always been something I’ve wanted to try, and for a first attempt, I was pretty happy with the results.

Despite having grown up in Rhode Island, I’d never been to the Bristol parade. This year, I decided to go, so I took the ferry from Providence to Bristol on the morning of the Fourth. The ferry arrives right in downtown Bristol only a block from the parade route, so it was a great way to beat the traffic. I arrived about an hour before the start of the parade and got a chance to walk part of the parade route before it started. I had to take advantage of the opportunity to shoot photos from the middle of the road without any traffic.

After walking up the parade route, I met up with a friend of mine who lives down in Bristol for the parade, and we made our way down to the corner of Hope Street and State Street to watch the parade.

After a while, we took a walk along the parade route for a few blocks so I was able to get a few different perspectives of parts of the parade. For my first time at the Bristol parade, it was a great time, and I’m looking forward to the next one.